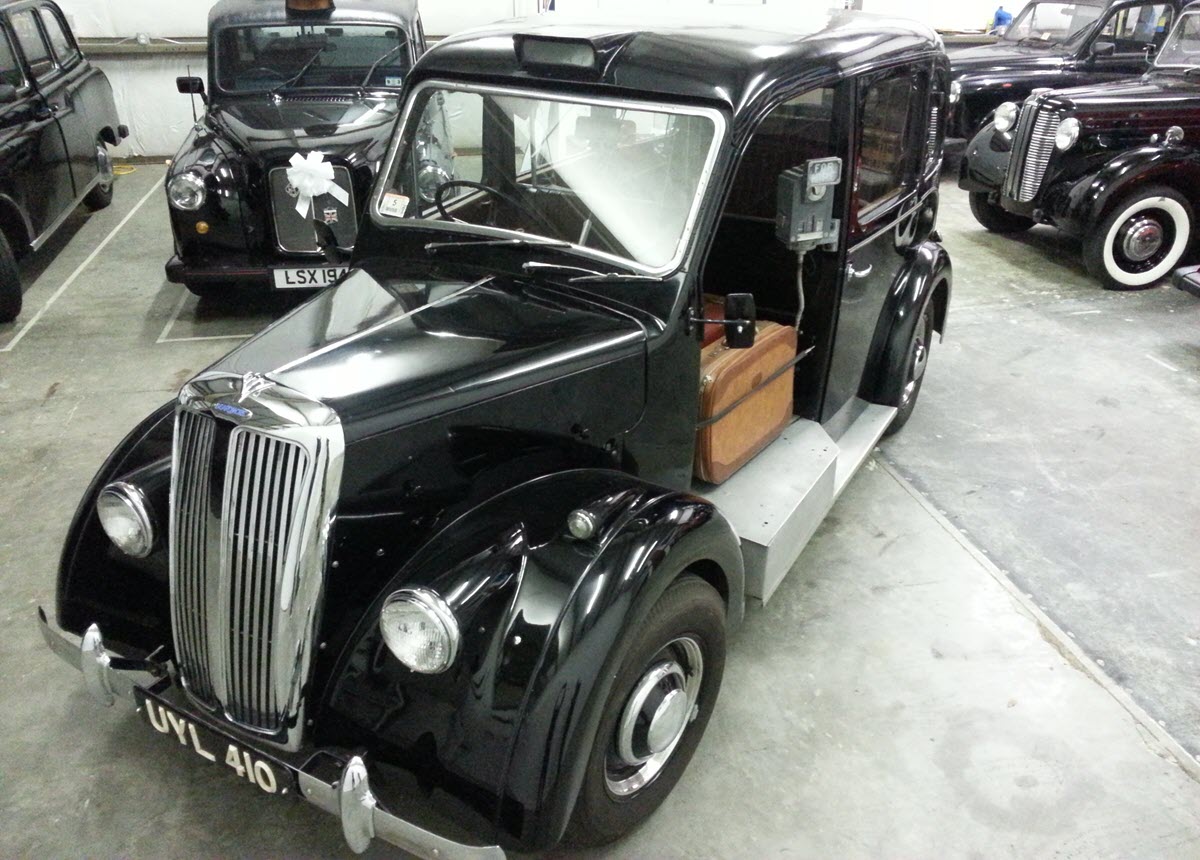 While our company prides itself on discovering rare London taxis, we never thought we would be lucky enough to own a Beardmore. Little was ever documented about this remarkable London taxi.

As competition grew fierce to become London’s taxi of choice in the 1950’s, the Beardmore was put out of business by the Austin FX3. While both models were reliable and aesthetically beautiful, Austin flooded the market with their product and worked hard to establish the best service department. Consequently, production for the Beardmore taxi stopped in 1959 and very little was heard of them again. Gratefully, this one survived thanks to the excellent care provided by the Las Vegas Car Museum and a dedicated private collector.

It is very similar to The Austin FX3, however this model has a wooden chestnut interior trim which compliments the hand stitched original leather upholstery. On the outside it is laced with chrome, with raised swooping fenders and an open luggage compartment to suit the ‘Londoner’s’ needs during the post-war era. The two ‘For Hire’ light works on the top of that taxi, as does the ‘For Hire’ light above the luggage compartment…which suggests payments in shillings.

Now you have the opportunity to ride in a forgotten gem of London’s hackney carriage history. It remains in great condition.  We are proud to offer the legendary Beardmore taxi for your special occasion, secure this vehicle today to avoid disappointment.